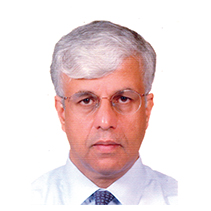 Mr Brara has been involved with the energy sector since 1996, when Power Line was launched. He has covered and analysed issues relating to each of the energy sector segments – conventional power, renewable energy, coal and oil & gas.

Before founding India Infrastructure Publishing, he ran a consulting practice in New York from 1989 to 1996. Prior to that, he worked for six years in advertising at JWT New York, where he was a vice-president.

He has master's degrees in business and marketing from University of Delhi and from Northwestern University at Evanston, Illinois.